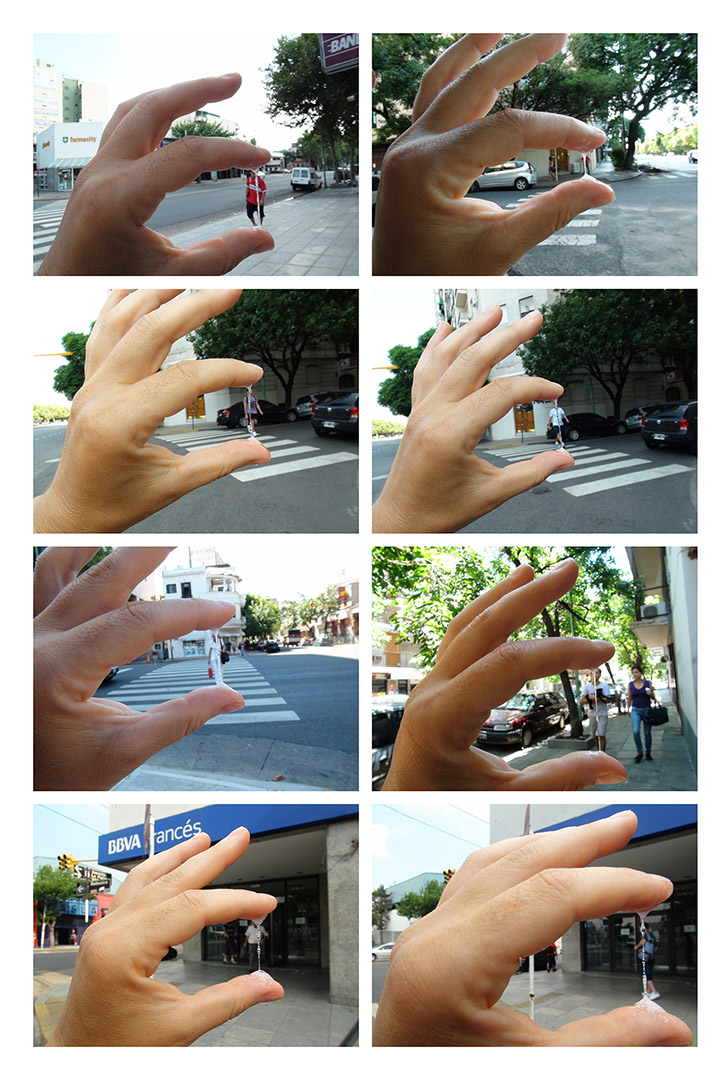 Perspectiva is a Series of photographs where people become not only the target of my actions, but also a way of incorporating as my accomplices in an act of vandalism that involves a certain degree of “voyeurism” and play. This work has the particular feature that the people photographed aren’t aware that they’re the subject of an artwork or that they’ve become part of the configuration or projection of an idea: to put it another way, I’m still the protagonist of the action, while the others are subjects, or central figures.

The Series features different street scenes seen through my  fingers placed in the foreground of the images. Between the thumb and the index finger, a string of saliva is stretched, which coincides in its extension with the height of the portrait of a person seen in the distance from each of the photos.