The function of form 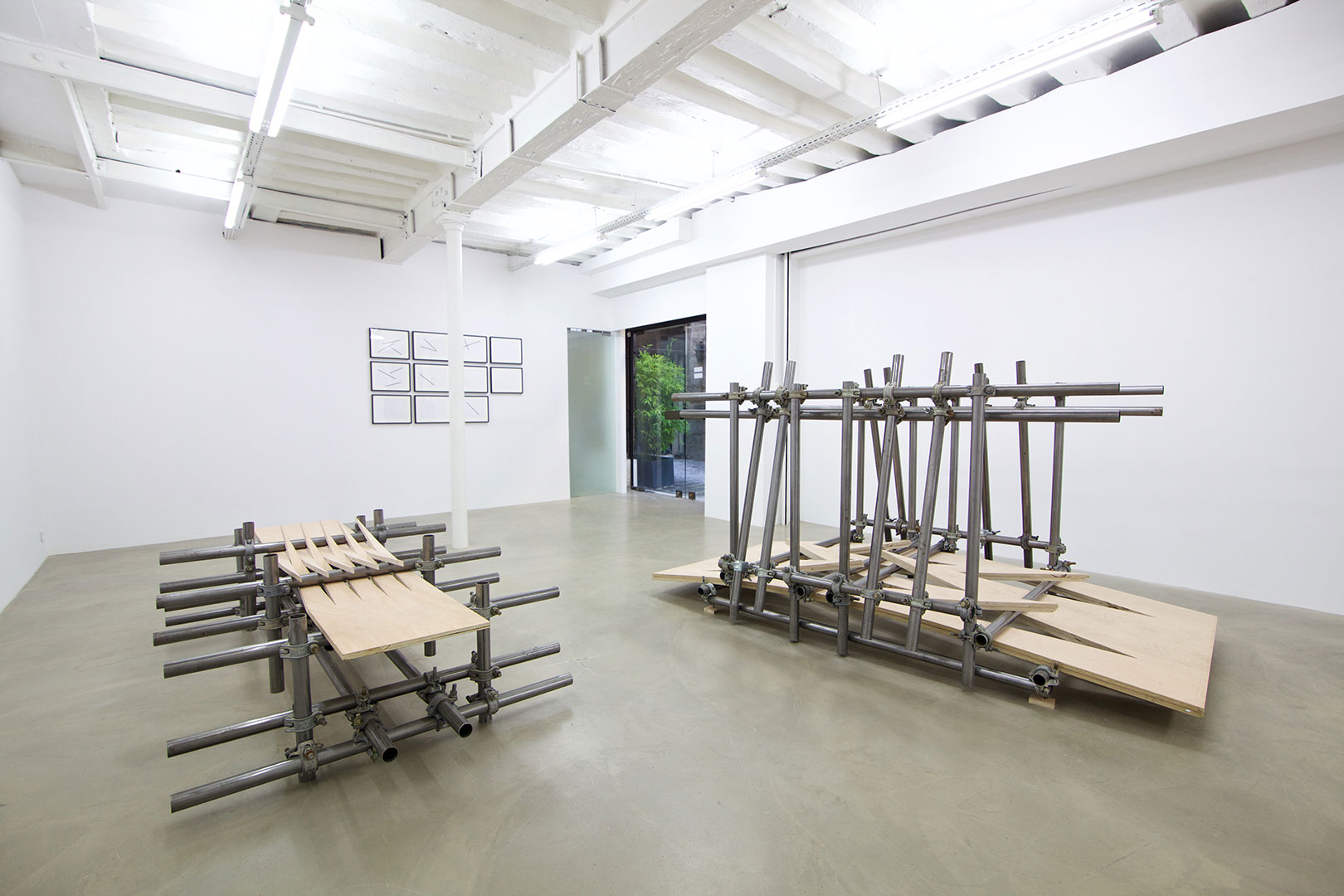 A conversation between Luciana Lamothe and Alberta Pane.

A.P. : Talking about your next exhibition The Function of form at Galerie Alberta Pane, what’s the installation you want to realize about?

L.L. : One of the sculptures I want to realize is like a footpath you can cross, a bridge you can walk on. The sculpture’s way is made up of a wooden structure pulled by metal pipes, a material that straining, generates forms, ranging from symmetrical and rhythmic figures to the danger of crossing it. The second sculpture is a seat made under the same logic of construction. The act of sitting becomes reflective on the shape and material.

My works’ strategy often consists in realizing a dislocation between the function and the form or the function and the context, but at the same time ensuring the effectiveness of the function. For example, a tool’s use that fulfills its function but in a different context from the one it was originally made for; or a sculpture designed to pierce the walls of the exhibition space (‘Función’, Ruth Benzacar Gallery) but at the same time using them to be showcased. In this exhibition, the dislocation occurs when the pure form of a drawing, with some patterns repeating themselves with harmony and rhythm, gets a functional use, in this case to walk or to sit.

Then what’s the relation between form and function in your artworks and in this one in particular?

In architecture there is a fundamental principle according to which “form follows function” which means, on the one hand function and form rely and depend on each other, but on the other hand, architecture always has to guarantee the effectiveness of the function. Any deconstructivist building despite the apparent chaos, must meet all the functional aspects using as less resources and as much efficacy as possible.

For example, at the beginning, the space may be supposedly composed of empty halls and corridors, in order to obtain a good circulation, and then, gradually, you upholster, you add and aggregate to reach formal complexity.

In the case of my sculptures, the formal complexity expresses the function, and the simple fact of walking becomes a complex act.

In my next exhibition, “The function of form”, every piece of wood will be put under pressure in order to finally generate relief. It will transform the flat surface in a volume, thus making the space more complex.

On the other hand, I am also interested in materials belonging to the construction’s field, because they are produced in modular equal pieces and allow me to generate modular or different forms of the same idea. The provisional nature allows it to assemble and disassemble quickly. Changing is an inherent feature of these materials. 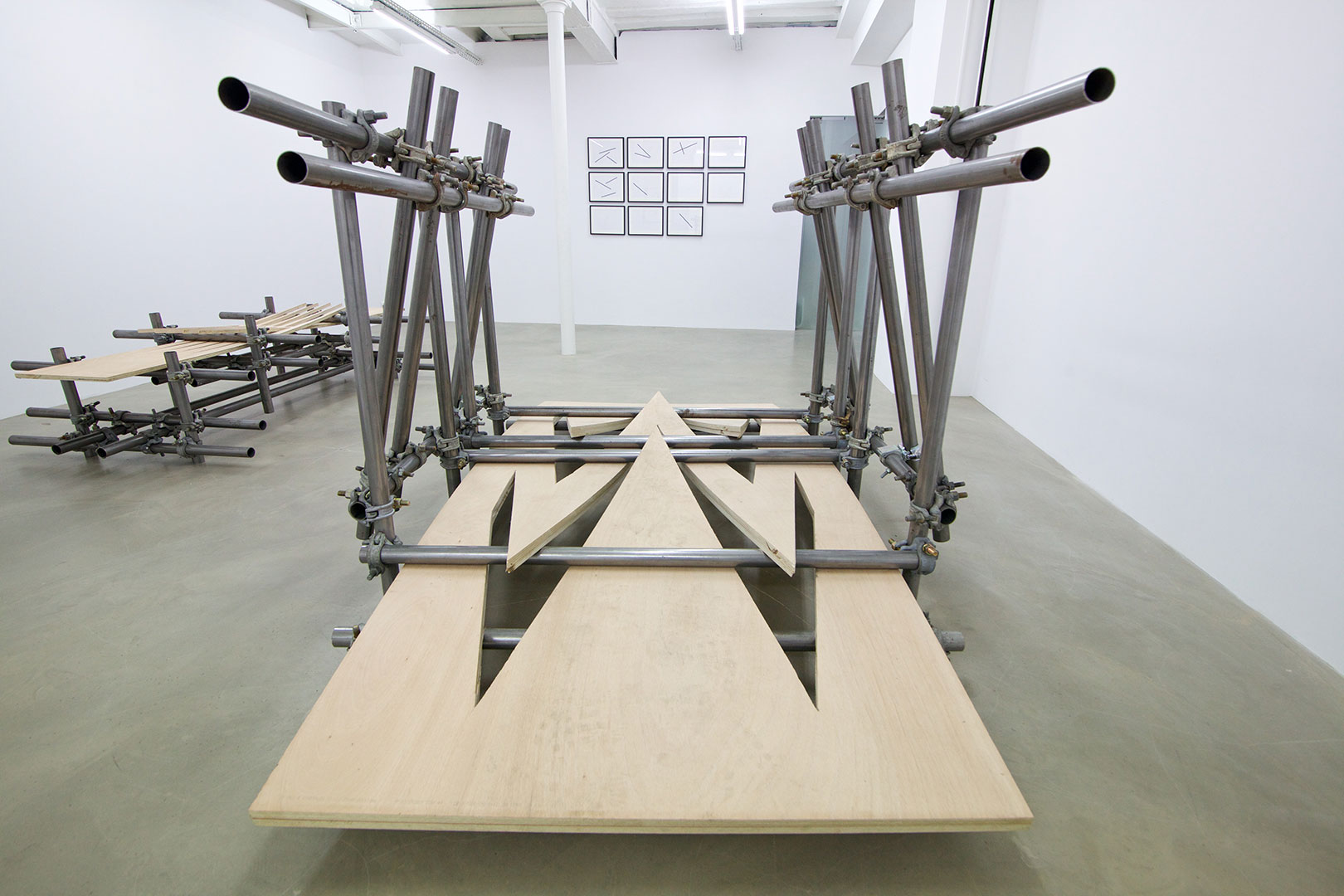 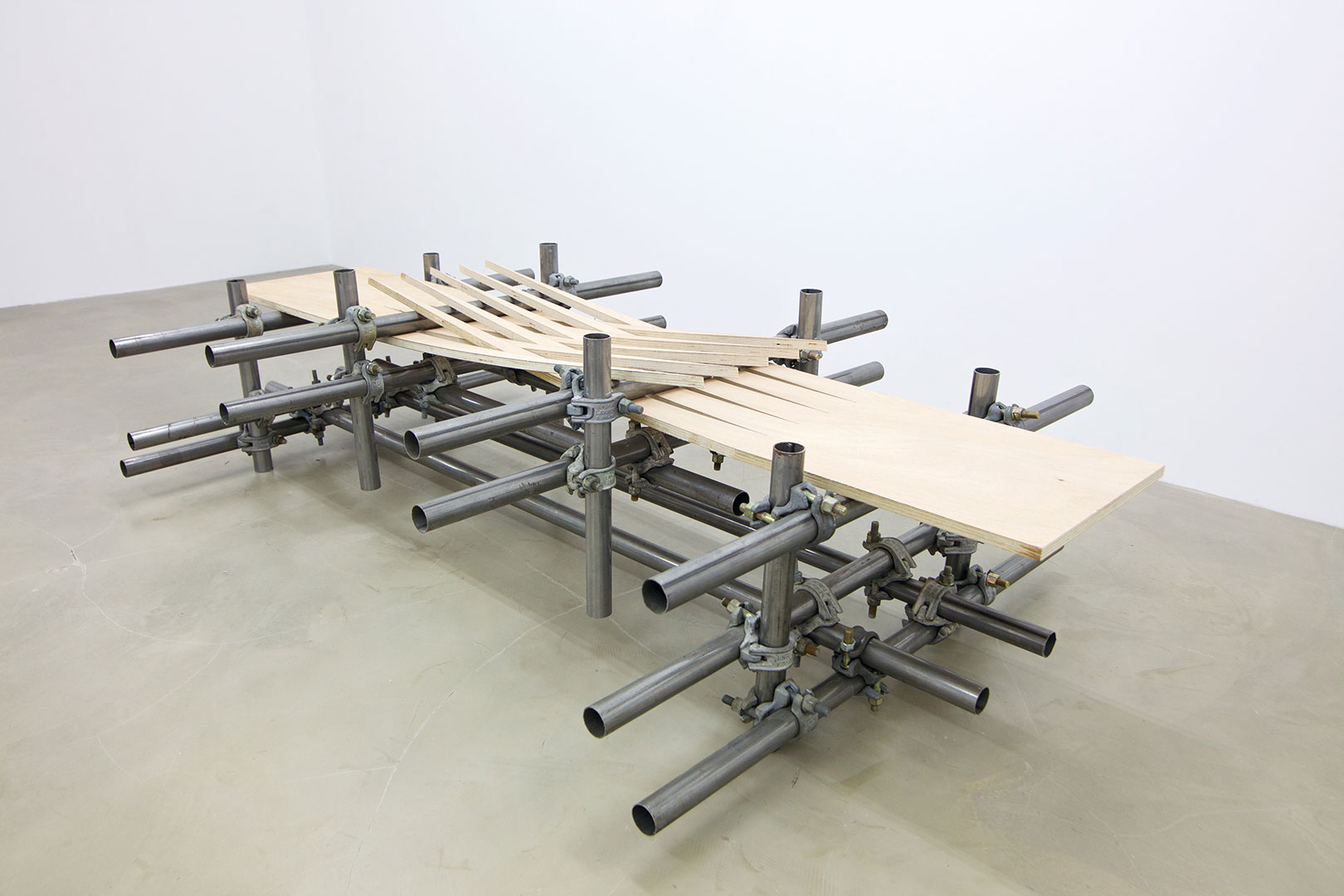 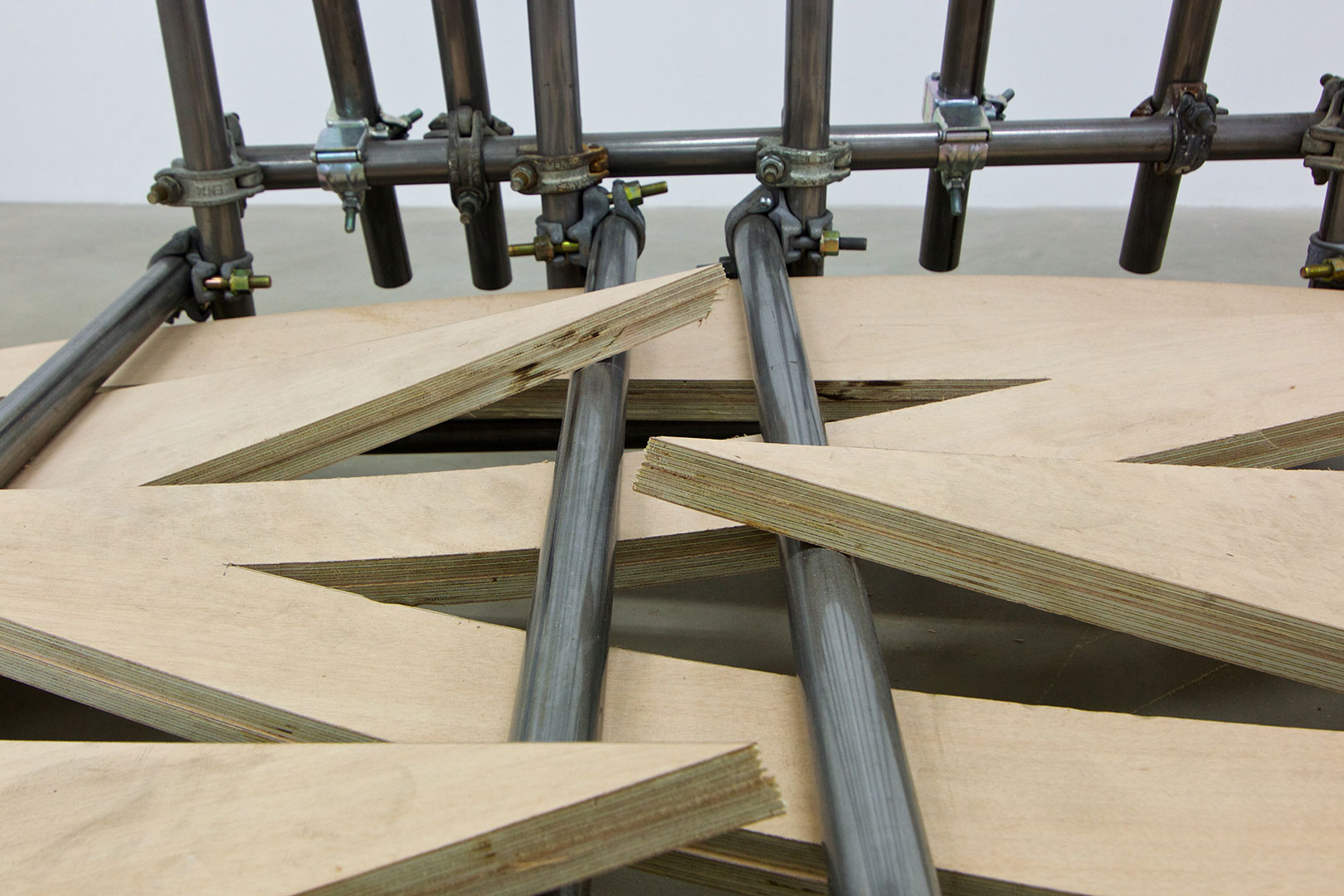 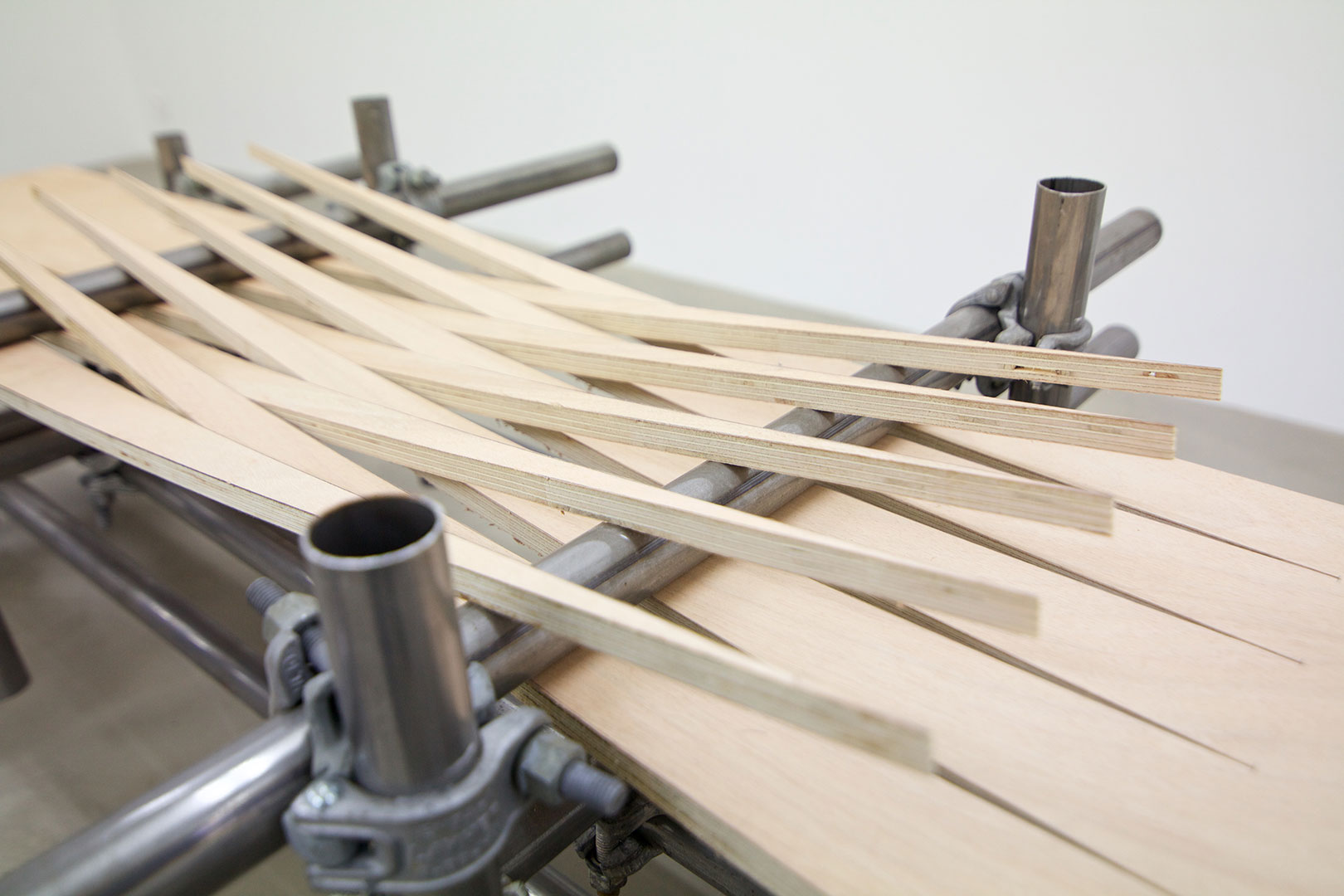