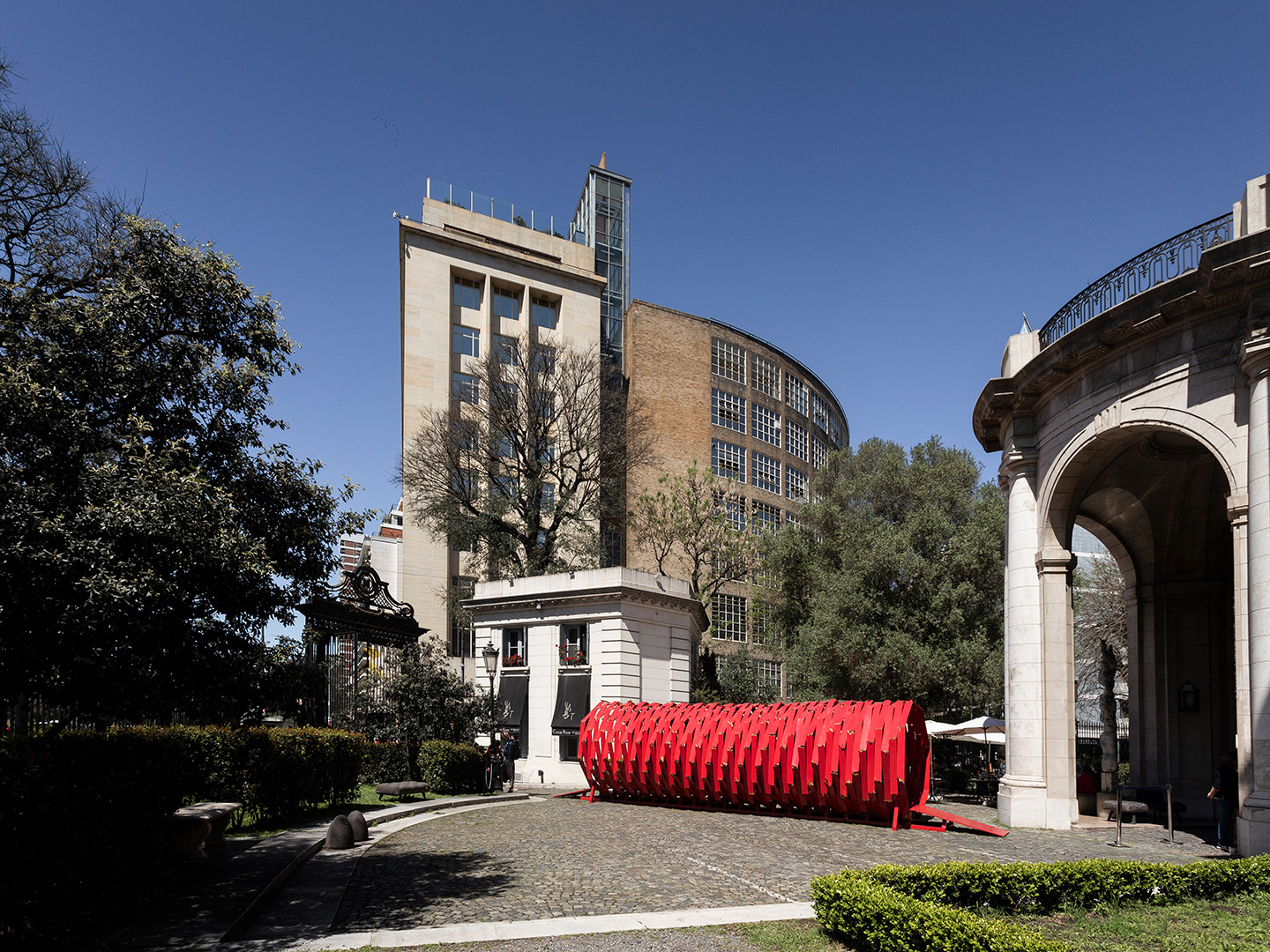 Repetición x Quiebre arises from the notion of crisis as collapse and recomposition simultaneously. Given the current situation of changes in social and cultural structures, Lamothe wonders what are the necessary conditions to function in a state of crisis?

The sculpture is anchored in the philosophical concept of the rhizome, in which all the elements in the context of a crisis directly influence the others without following a hierarchical order. The fabric that makes up the work is a constructive system generated from the break of the wooden braces that constitute it and which in turn interweave reciprocally to create a structure. In this way, the evolution of a pre-existing order builds a new one. 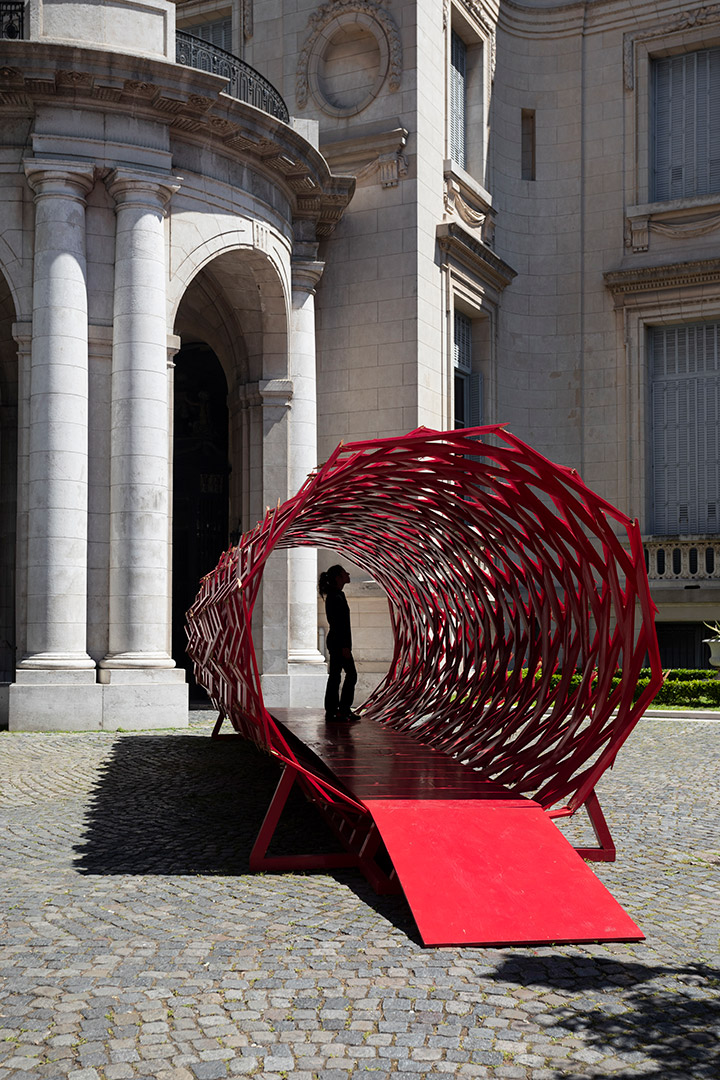 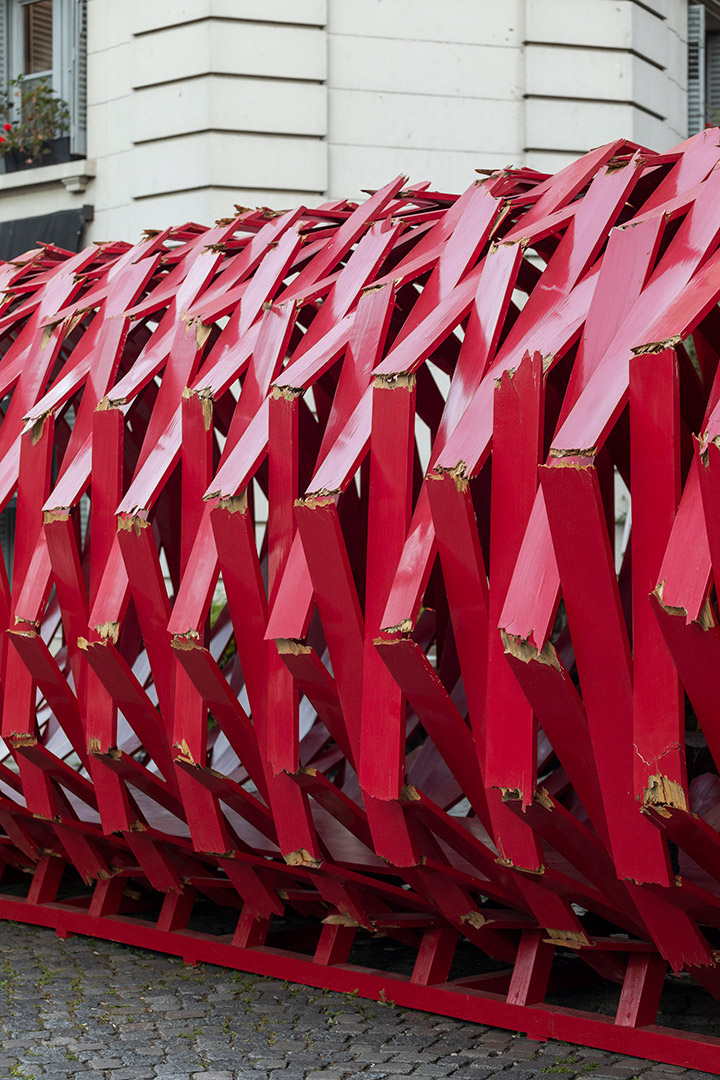 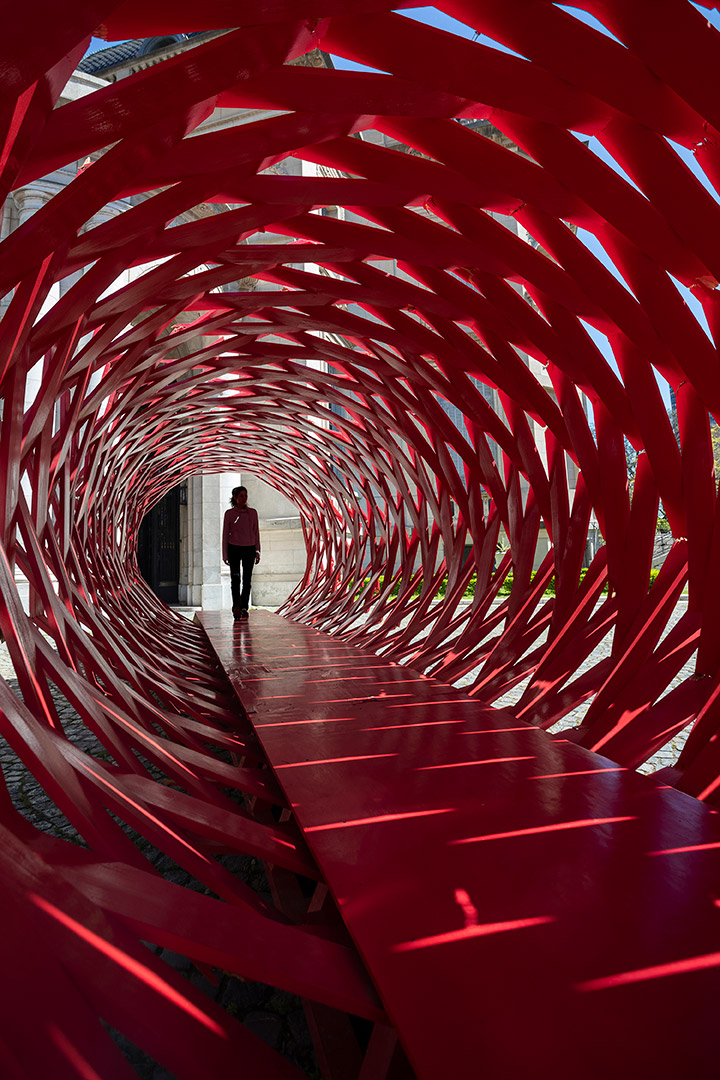 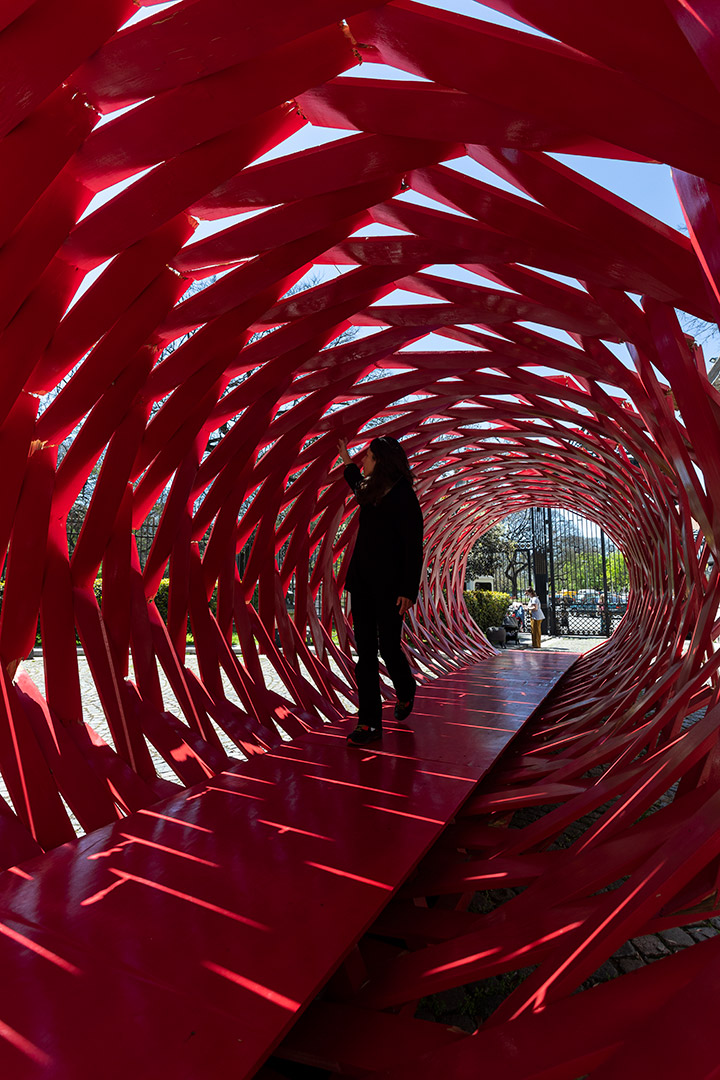 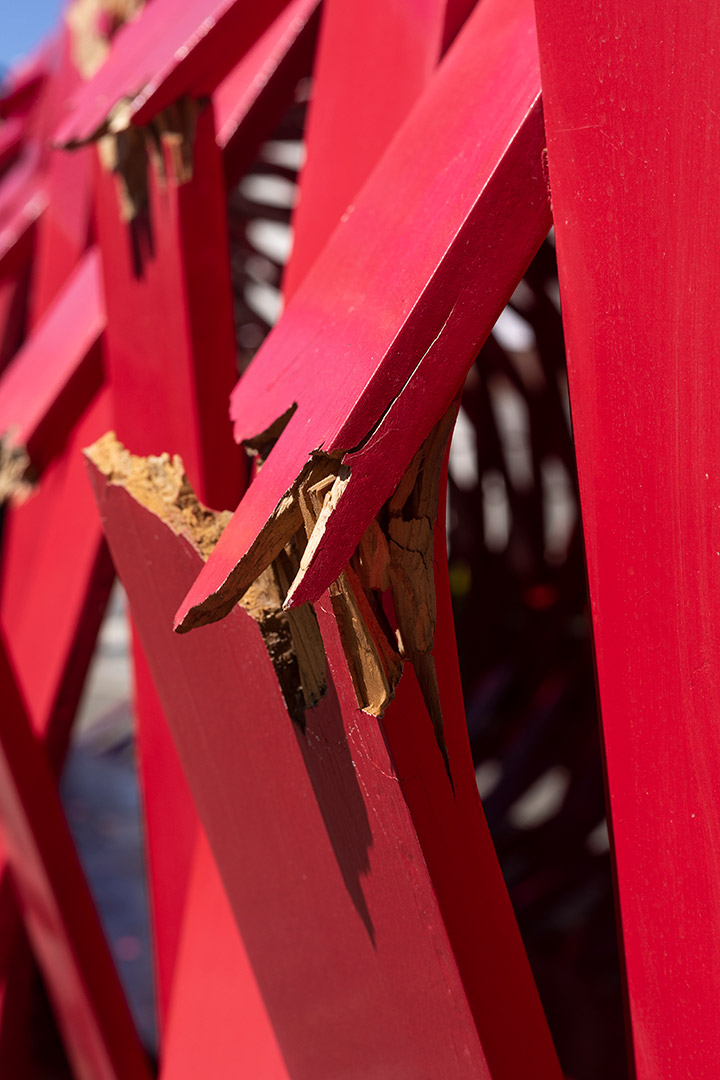