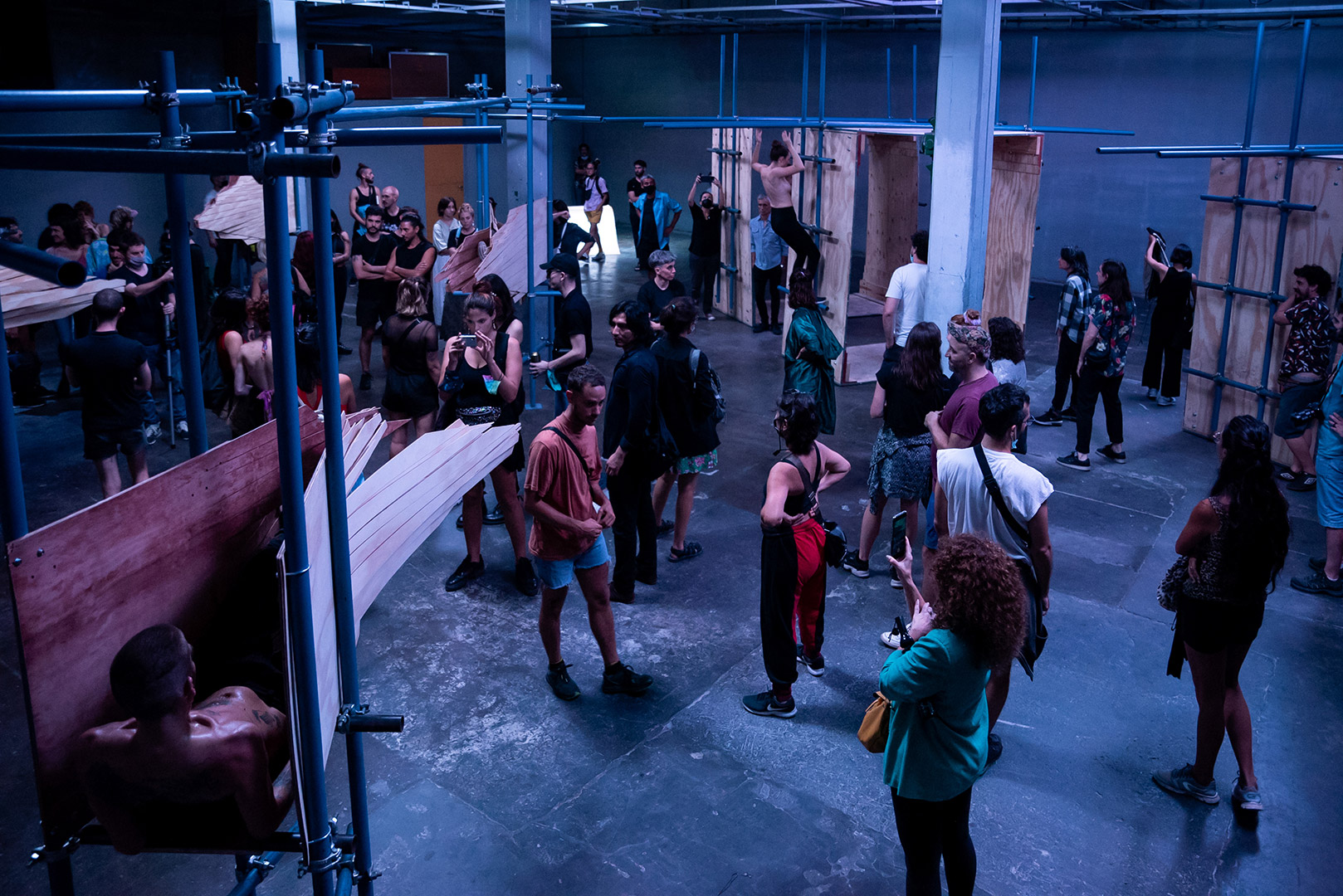 How to miss and provoke the human? What kind of gestures appear among the reverberation of matter, space and invocation? How does a space, an objectivity, induce us towards a state of provocation? What do we invoke with others when we perceive ourselves before the same act? How are gestures redefined when summoning immaterial presences? How provocative is it to invoke with others? Is it possible that the provocation of a gesture can be found beyond the relationship between its form and its intention? 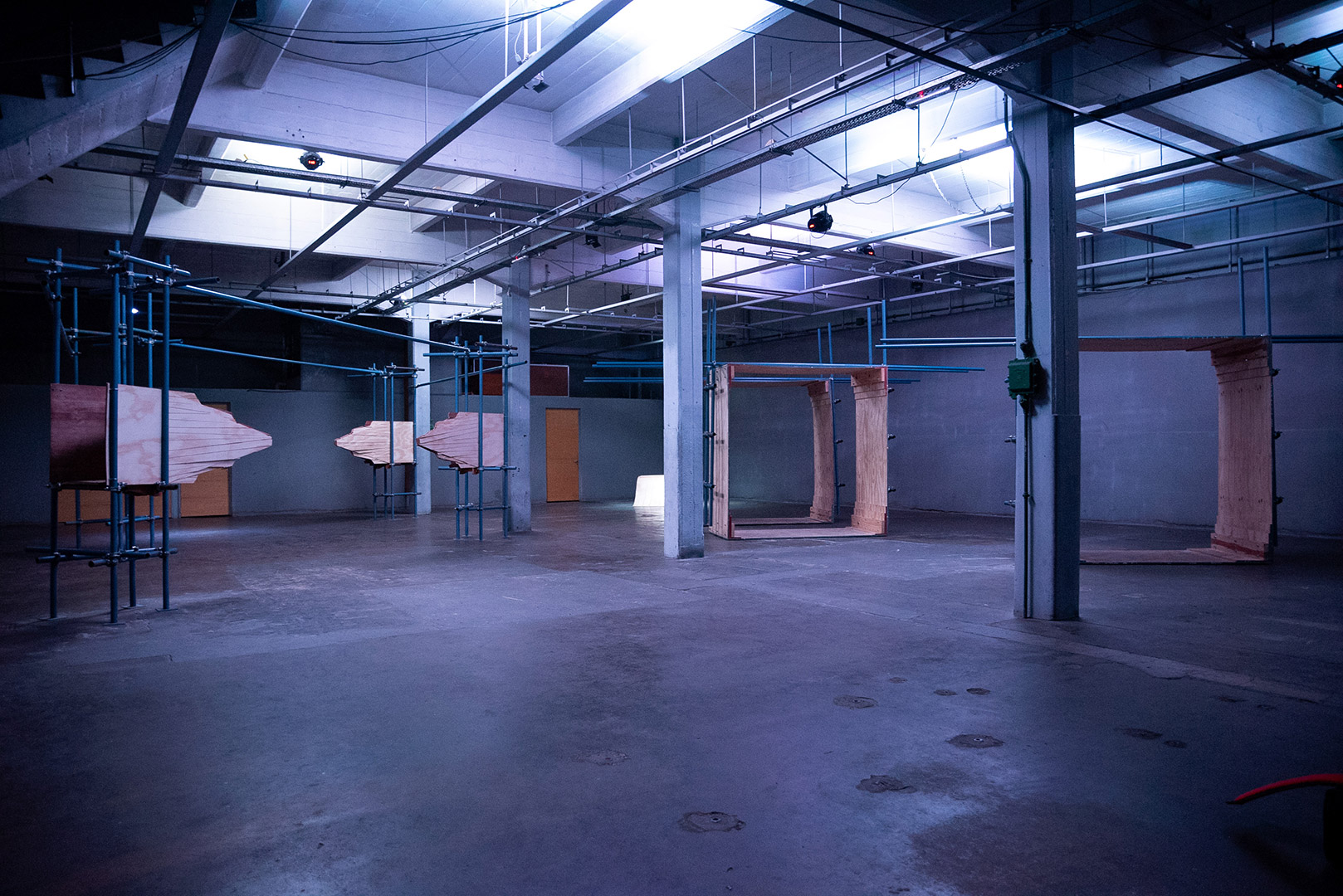 Luciana Lamothe’s sculptures for the performance Invocar el acto disidentify themselves from the binarism that substitutes and excludes existences. We could take as an example the binary of the “sex-gender system” of heterosexual culture, such as Gayle Rubin articulated  it. Where gender and sex are a systemic technology of heterosexual culture that fabricates men and women. The sexual and gender binarism is a type of social organization technique -universalized at the beginning of the implantation of capitalism-, which reduces the n-possibilities of existence into only two exclusionary identifications: either masculine or feminine.

Lamothe’s sculptures are technical machines that guide action and encourage action in a counter-binary way. They are materialized decisions that function as equipment to live a life at a distance from binarism. They are technical machines or dynamic assemblies with rigid materials –iron- and elastic materials –flexible wood- that provoke mixed actions: hard iron acts as soft in alliance with flexible wood. Or also: safe machines act as unsafe, at the risk of breaking, falling or dissamble.

If corporeal performativity is an immaterial technique without tools, or rather, that does not need any other tool than the body as a field of possible ways of relating, the interaction with Lamothe’s sculptures makes possible a variety of paradoxical uses and crossing of practices. Her sculptures function as mixed techniques and heterogeneous uses in relation to which some ideas, images and bodily and perceptive experiences can take shape for some lives. Lamothe’s invention assumes the attempt of the technique as a producer of subjects or as a zone of subjectivation.

Following Gilbert Simondon, glossed by Muriel Combes, the techniques inscribe truths in our lives, in order to transform us. Technical inventions are material and immaterial operators that make accessible to us a transformation of our behavior. Techniques -their machines and tools- shape our existence. They are black boxes that make exist ways of being and making world.

Like Jack Halberstam’s concept of “feminine masculinity”, Lamothe investigates with his sculptural “black boxes” performativity from a technical repertoire of possible inclusive mixes that remove the excluding and conservative forces of all binarism towards a use of ways of being and being in relation. 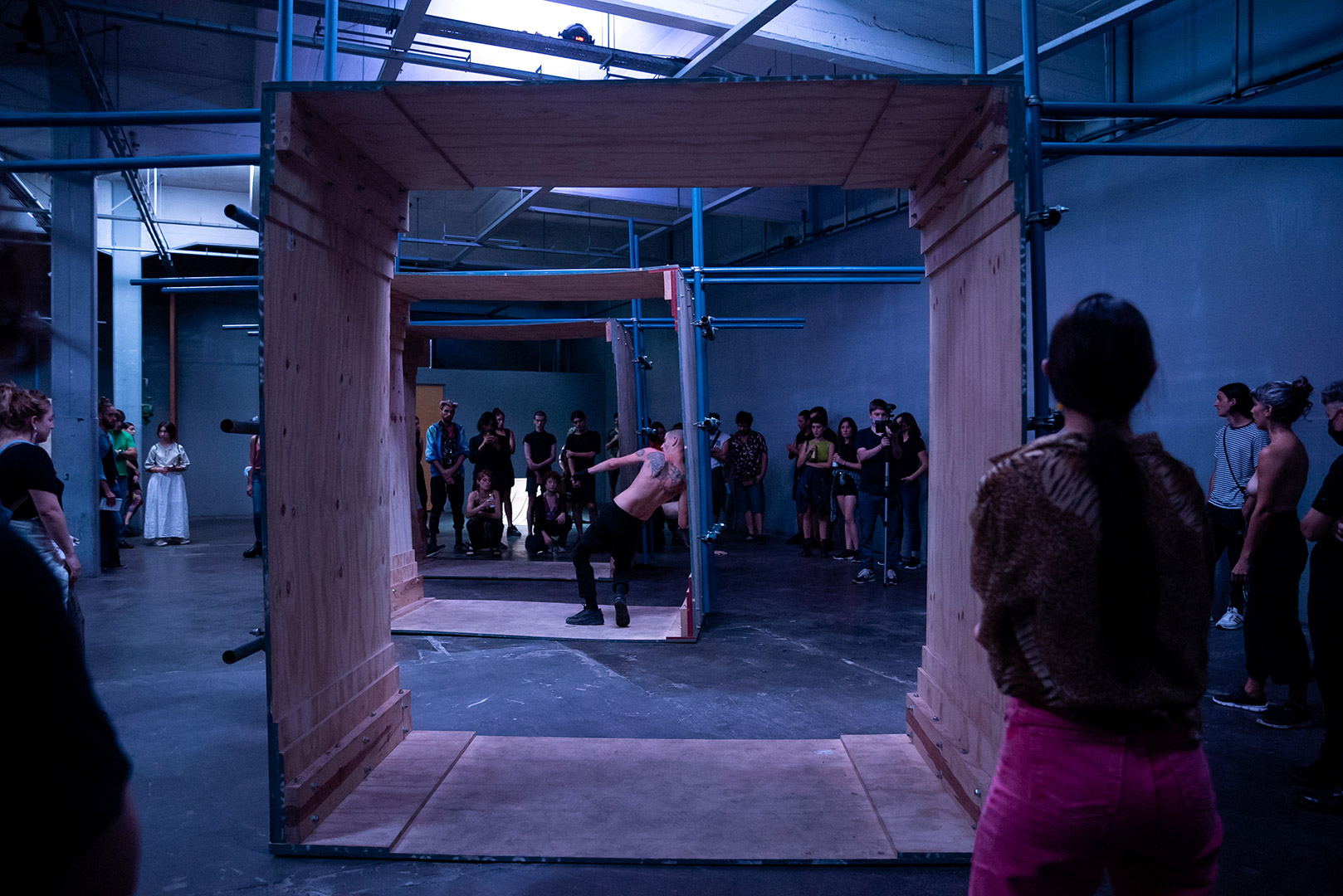 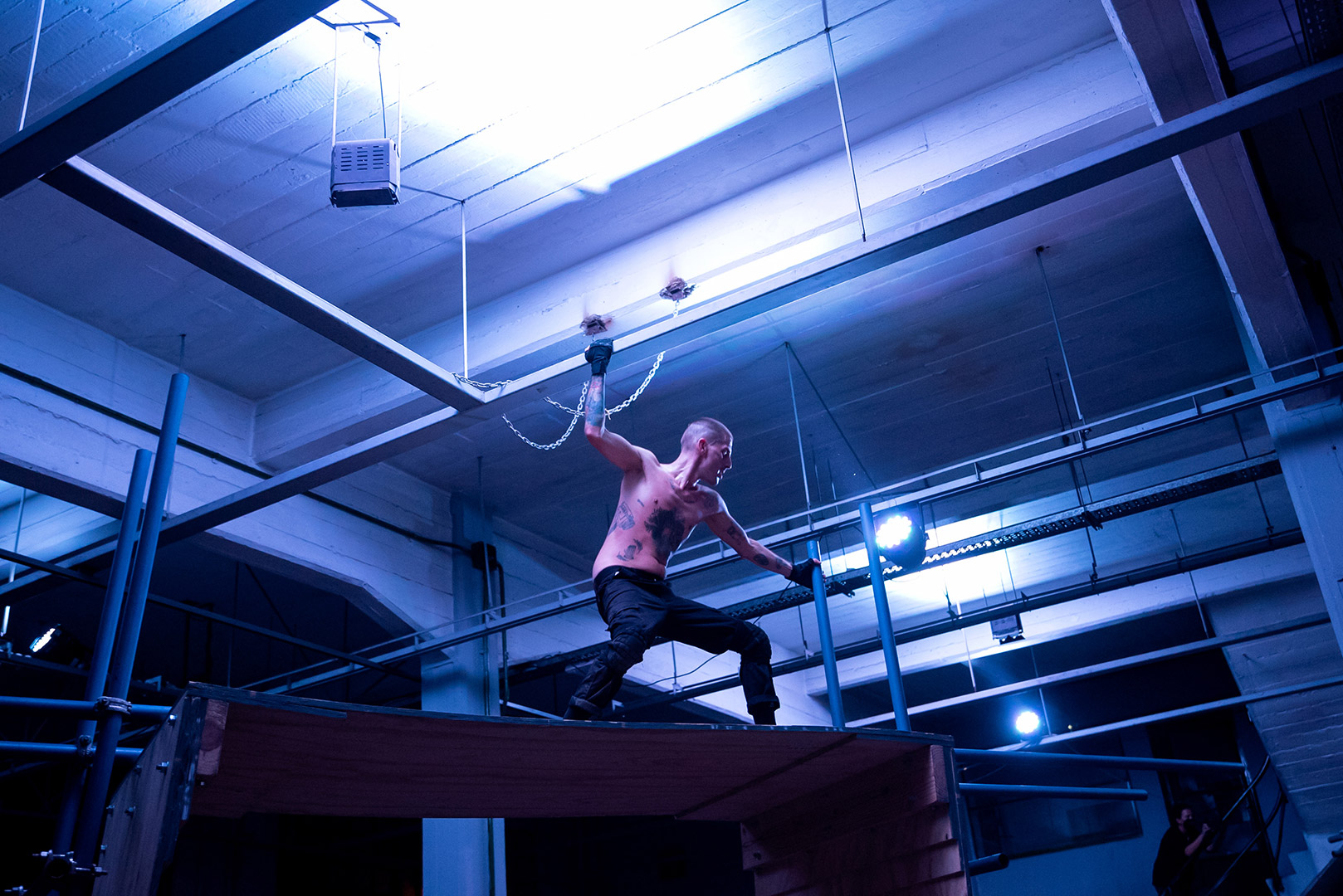 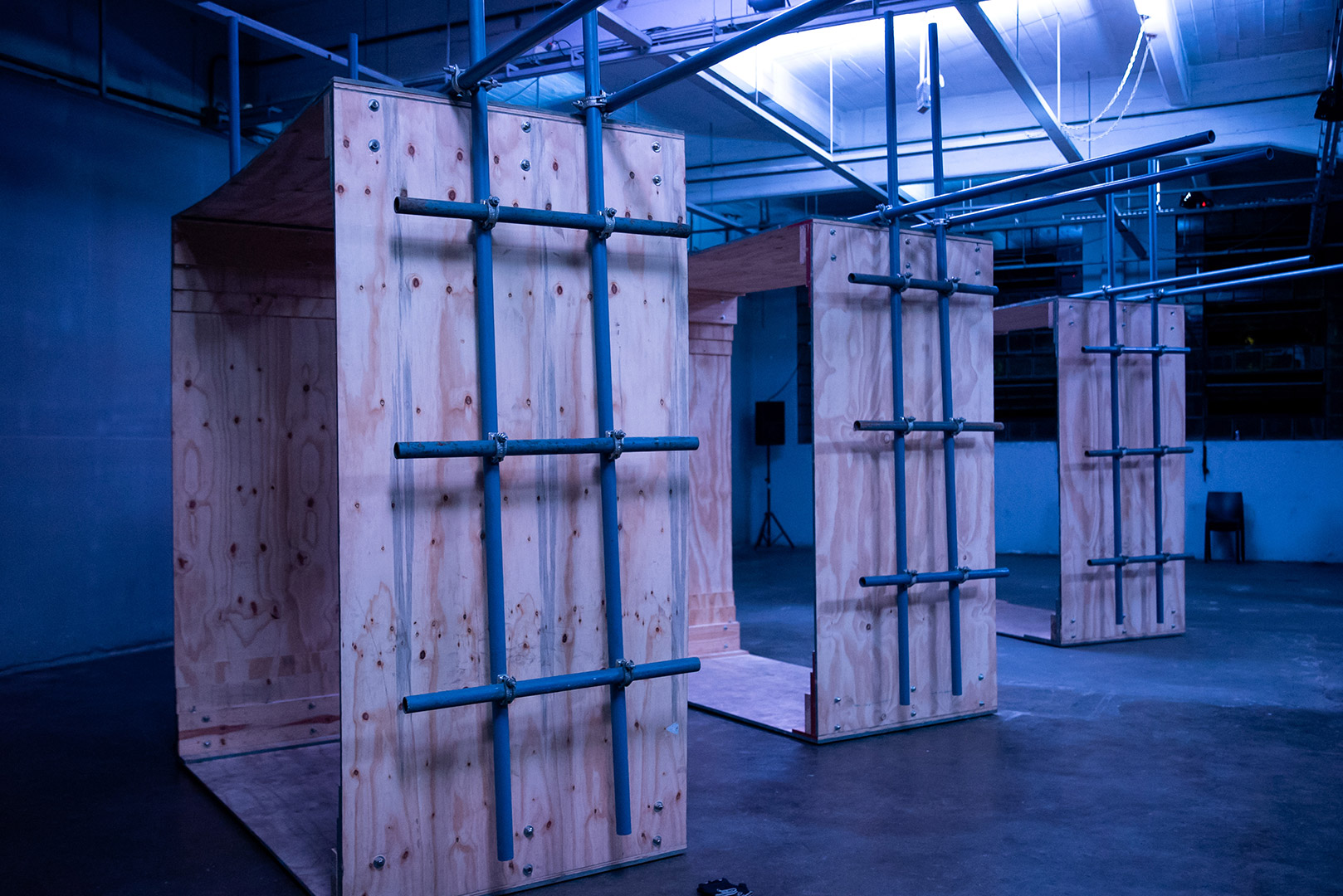 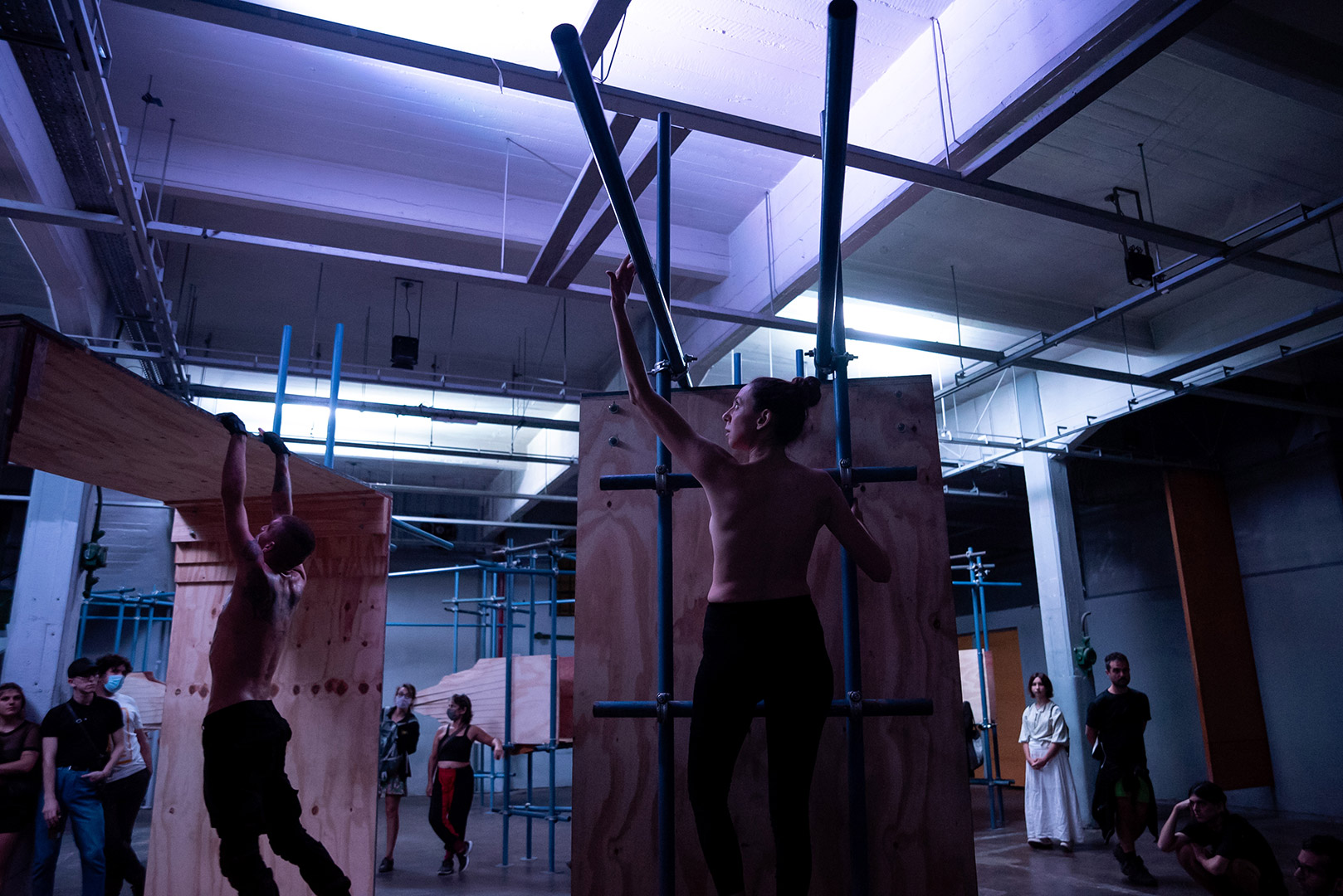 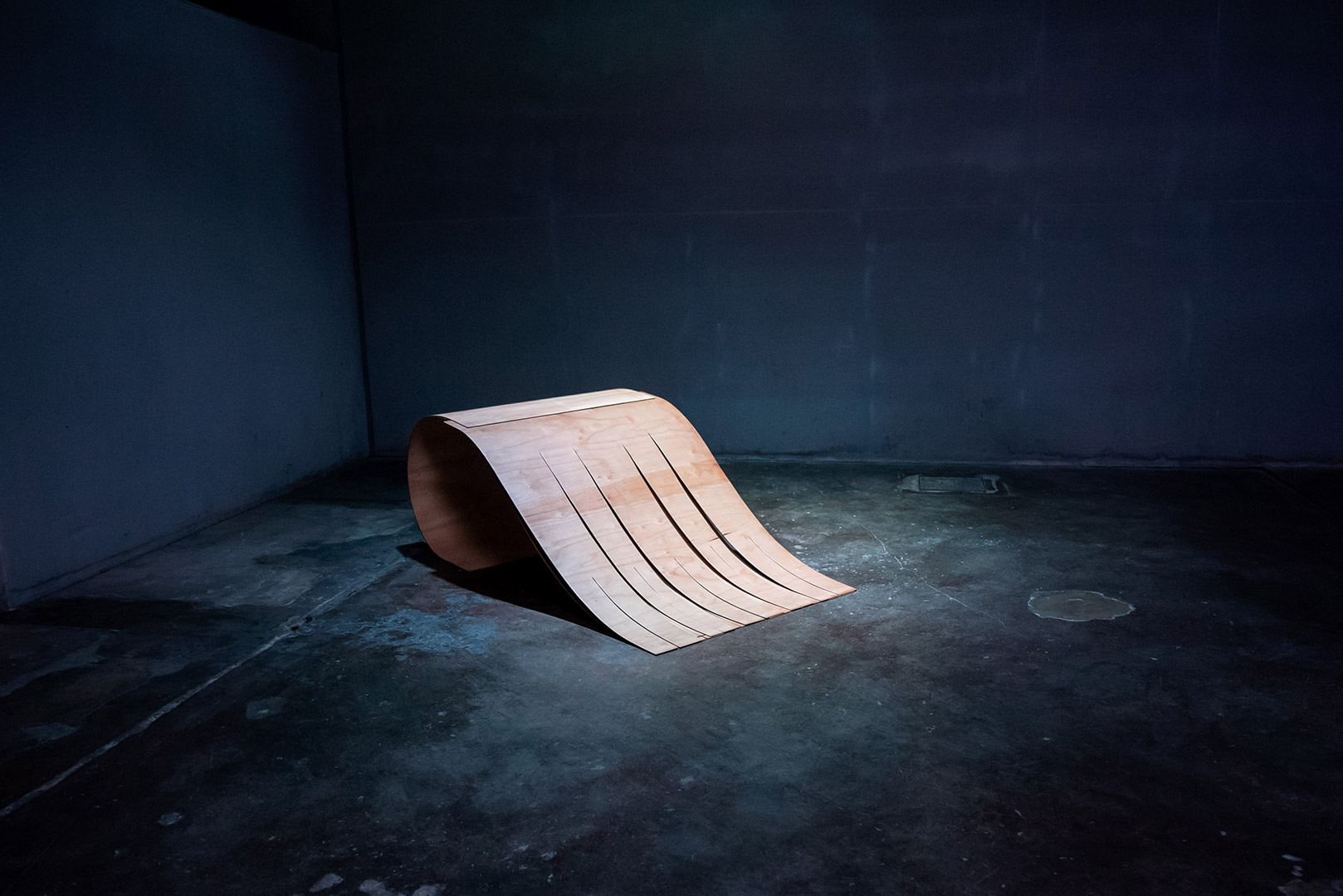 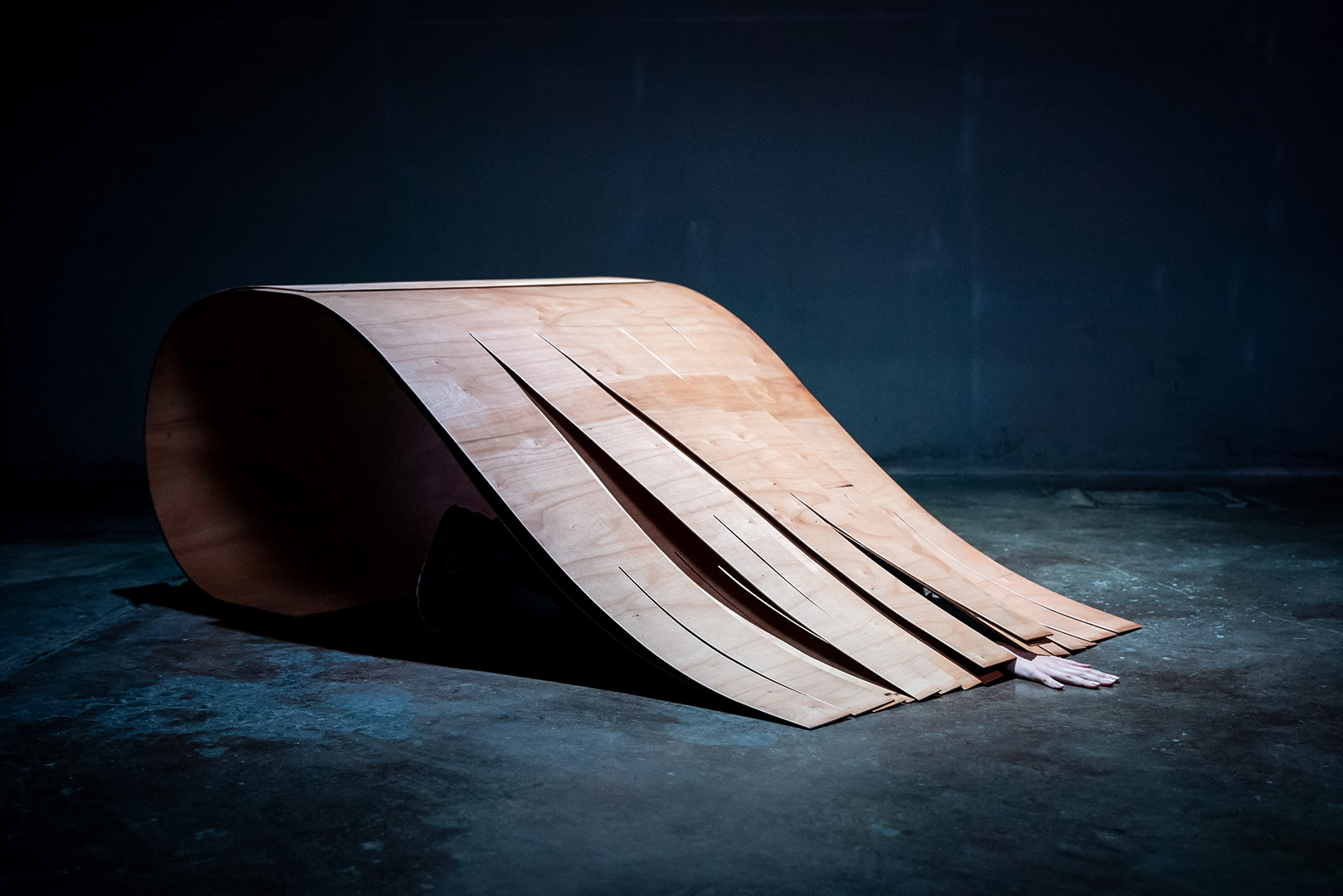 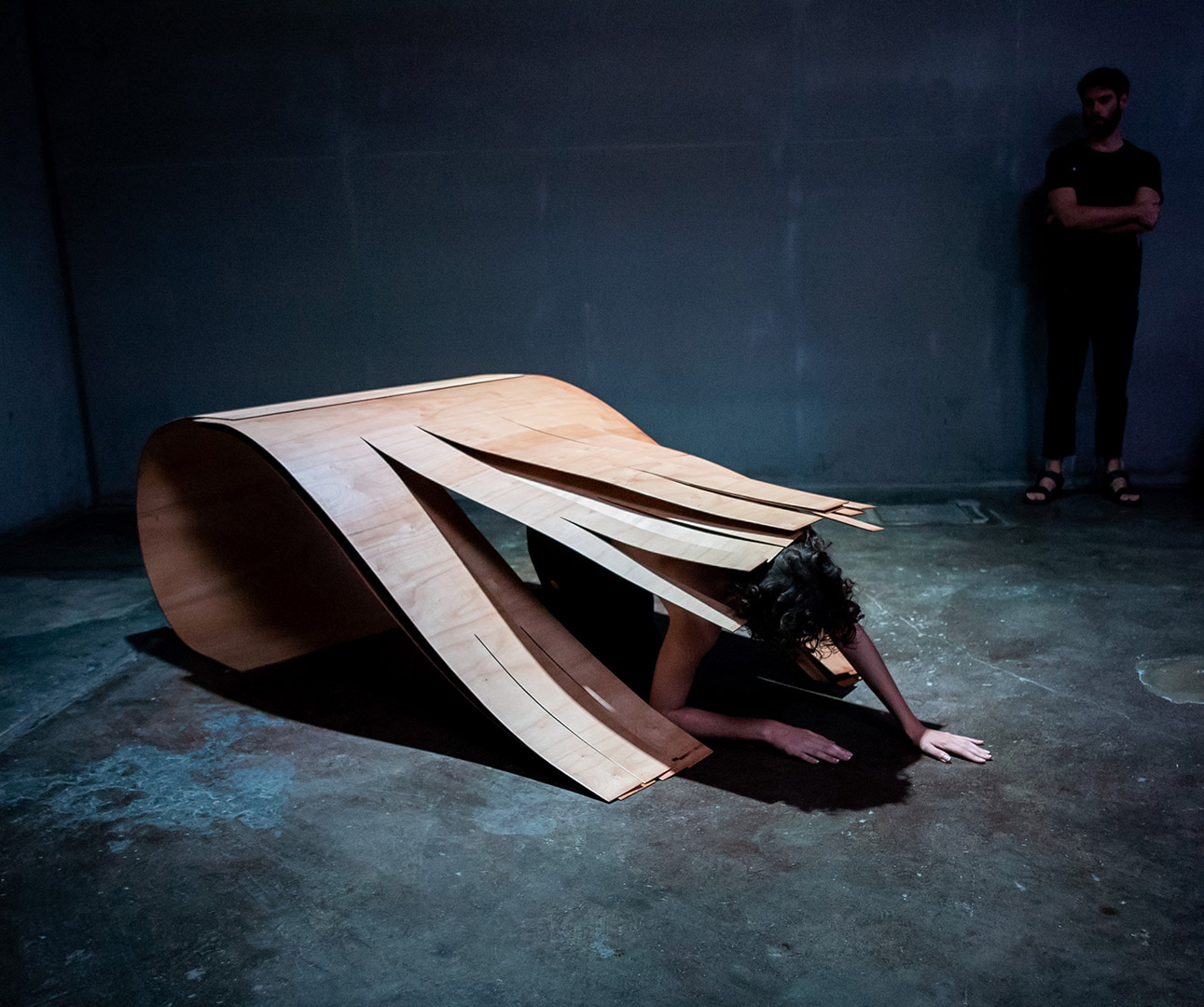 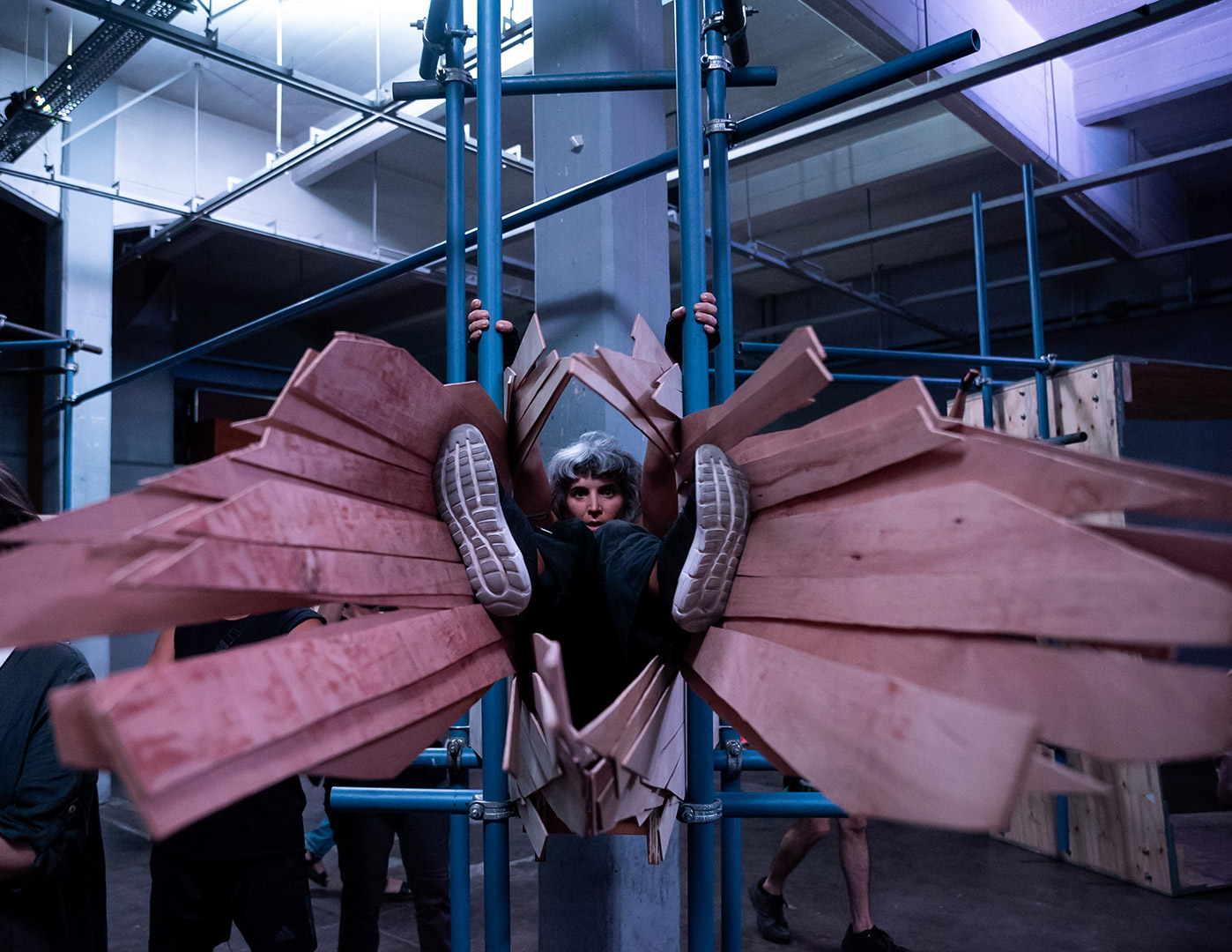 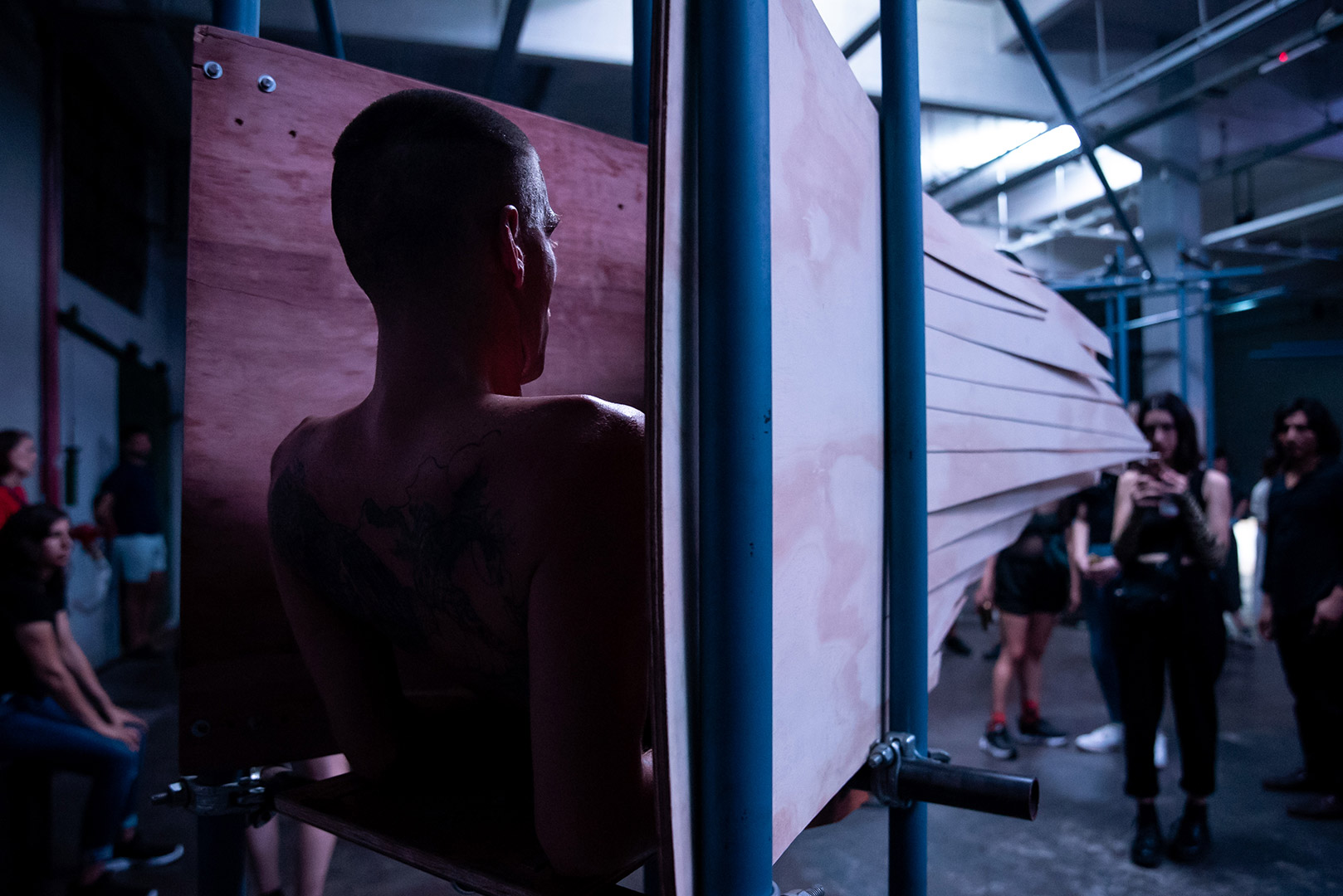